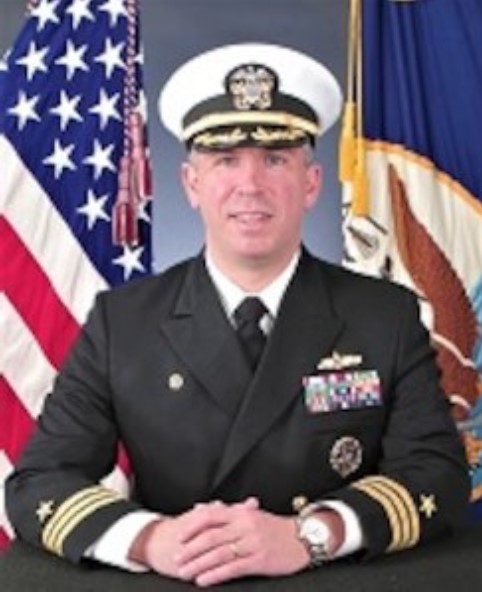 CDR Scott Wilbur, a native of Cape Cod, MA, graduated from the U.S. Naval Academy in May 2001 with a B.S. in Economics. He holds a Master of Science in Operations Research from the Naval Postgraduate School in Monterey, California. His afloat assignments include USS STETHEM (DDG 63) as the Auxiliaries Officer, USS BENFOLD (DDG 65) as Training Officer, and USS HOWARD (DDG 83) and USS PRINCETON (CG 59) as Chief Engineer. During these tours, he deployed to the Pacific, Southern, and Central Command areas of responsibility.

Ashore, he served as an Operations Research Analyst on the Navy Staff Assessments Division (OPNAV N81), and as Deputy Executive Assistant to the Deputy Chief of Naval Operations for Warfare Systems (OPNAV N9). His most recent tour was on the Joint Staff, J-5 in the Joint Operational War Plans Division. CDR Wilbur served as the Executive Officer on USS FITZGERALD (DDG 62) from June 2018 to December 2019.