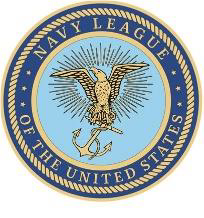 THE HISTORY OF THE NAVY LEAGUE SAN DIEGO COUNCIL

The San Diego Council of the Navy League of the United States was founded in December of 1941, just after the Japanese attack on Pearl Harbor. Much of the energy and effort behind the council’s creation came from Mouney C. Pfefferkorn, our first President.

Known as “Pfeff” to those with whom he worked and to those he served, he was nicknamed “Mr. Navy” by the Secretary of the Navy during the 1950s. Born in Vienna, Austria in 1880, Pfeff immigrated to the United States in 1902 and, and soon after enlisted in our Navy. He served in the Gunnery department of a coal-burning torpedo boat destroyer, the USS Paul Jones, and was discharged as a Chief Yeoman in 1907. Upon discharge, Pfeff joined the Southern California First National Bank as a bookkeeper and their ninth employee.

James S. Copley, the former chairman of Copley newspapers, was once was quoted as saying “No sailor, in the uniform of an enlisted man or an officer, ever passed his desk in the bank without Pfeff offering to lend a hand”. This became the driving force for him to once again go out into the San Diego community to court civic support the formation of the San Diego Council. According to Mr. Charles Davies, “It was Pfeff’s suggestion that we start a Navy League Council. He (Pfeff) said, ‘I’ll be the eyes and you be the legs.’ We started it, but he was the one most responsible for it.” 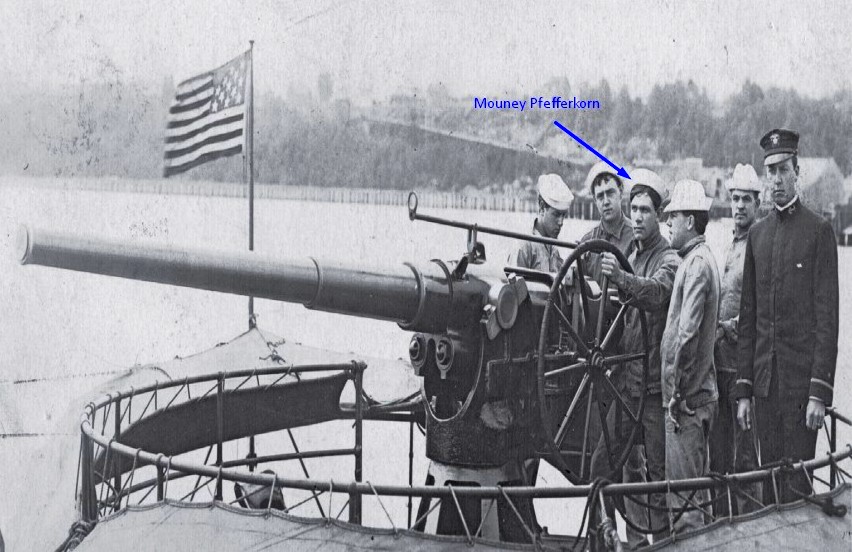 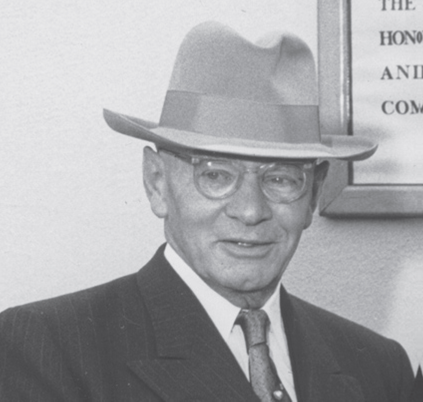 Sixty-five years ago, soon after the Japanese attack on Pearl Harbor, the San Diego Council of the Navy League was founded.  The man who made that happen was Mouney C. Pfefferkorn and he was our first President and he is our President Emeritus.  Known as “Pfeff” to those with whom he worked and to those he served, was nicknamed “Mr. Navy” by the Secretary of the Navy during the 1950’s.  Born in Vienna, Austria in 1880, Pfeff immigrated to the United States in 1902 and, soon after, enlisted in our Navy.  He served on a coal burning torpedo boat destroyer, the USS Paul Jones, in gunnery and was discharged as a Chief Yeoman in 1907.  Upon discharge he joined the Southern California First National Bank as a bookkeeper and their ninth employee.

He would retire from that company fifty years later as Vice President, Foreign Relations when they had over two hundred employees.  Pfeff was an avid sportsman and became a football coach at San Diego High School and was instrumental in raising funds to construct their stadium that was one of the largest for a high school in the country.  In 1915, now married with two children, he assisted in fund raising and organization for the Panama California Exposition.

Pfeff’s interests were numerous and his energies must have been boundless.  He helped form the San Diego Symphony Orchestra and served as their president in the early 1930’s.  He worked to create the San Diego Civic Music Association and the Civic Light Opera.  His sports interests led him to start a branch of the Amateur Athletic Union (AAU) in San Diego and served as the President.  The San Diego Historical Society has a photo of Pfeff with Florence Chadwick soon after her record-breaking swim.  His fundraising and organizational talents helped to ensure the success of the 1935 California Pacific International Exposition.

Around his long time Mission Hills home, he and his wife, Edith, grew award-winning dahlias among other beautiful plants and flowers.  The attraction to dahlias led Pfeff to also start the Dahlia Society of San Diego.

As a banker, Pfeff, was a complete professional.  He served four times as the President of the San Diego Clearing House Association.  His foresight to look beyond our borders to provide international solutions for clients earned him much respect and admiration.

Pfeff always maintained an interest in and affection for the Navy that had been his first U.S. home.  He worked with the teams that lobbied Washington to establish a significant Navy presence here in San Diego.  His work with and for the Navy covered many aspects beyond the Navy League.  He was honored as the top recruiter during the late 1940’s and received the Navy Meritorious Service Citation in 1954.

In 1957, Pfeff was surprised and honored with a luncheon attended by two hundred coworkers, friends, admirers, and dignitaries.  The occasion was his 77th birthday and his retirement after fifty years with the bank.  He received congratulatory notes from Admiral Chester W. Nimitz, Vice President Richard M. Nixon, Ernie Pyle, Arthur Marston, James Copley, Mayor Harley Knox, and many others.  In 1957, The California Assembly passed House resolution 107 in his honor.  The County of San Diego Board of Supervisors passed a similar resolution.

ABOUT THE NAVY LEAGUE

Over the years, the Navy League has compiled an impressive record of accomplishments. Navy League programs are welcomed in communities throughout the world, and members are recognized for their integrity and patriotism. Today the Navy League is widely respected by citizens, community and industrial leaders, and public officials.

The Navy League of the United States was founded in 1902 with the encouragement of President Theodore Roosevelt. The Navy League is unique among military-oriented associations in that it is a civilian organization dedicated to the education of our citizens, including our elected officials, and the support of the men and women of the sea services and their families. 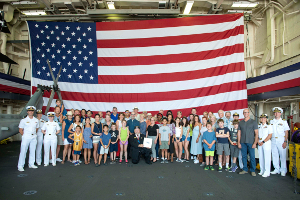 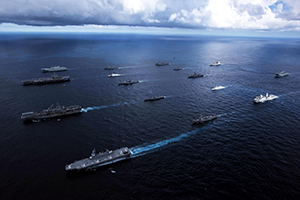 FOR QUESTIONS OR GENERAL INQUIRIES PLEASE USE OUR CONTACT PAGE