How COVID-19 is Affecting The Military 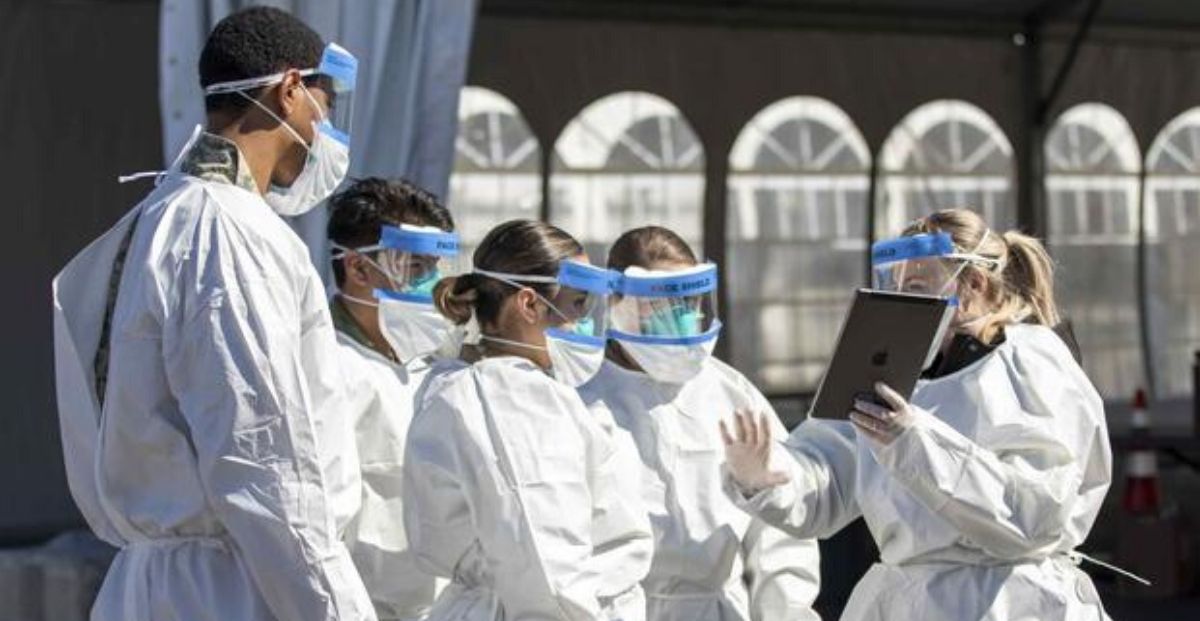 How COVID-19 is Affecting The Military

COVID-19 has been rapidly spreading throughout the U.S. and has now affected all branches of the military. The Navy, Marines, Army, Air Force, and Coast Guard have all found a rise in cases and are taking the necessary precautions to protect their service members.

While the military branches are not shutting down due to the outbreak, it has caused limitations in some ways. Defense Secretary Mark T. Esper issued an order to stop all travel for the U.S. military worldwide for the next 60 days, with some exceptions. Esper has recommended the military finds ways to protect their forces while continuing to perform their essential operations. He stated that he is “fully confident that we will remain prepared to conduct all of our missions,” during a meeting at the Pentagon.

Currently, at least twenty-three sailors from the USS THEODORE ROOSEVELT are diagnosed with the Coronavirus. The diagnosed sailors will be airlifted from the ship, and all 5,000 members of the ship are getting tested. The Navy reported that they are doing everything they can to isolate those who came into contact with the sailors. Navy Secretary Thomas B. Modly, stated that all crew members who tested positive are showing mild symptoms and are recovering.

How the Military is Combating COVID-19

A medical ship, the USNS COMFORT, was sent to New York last Saturday to help aid hospitals. The medical ship contains 1,000 beds and can be used to treat COVID-19 patients or patients with other illnesses. A second Navy hospital ship, the USNS MERCY, arrived in Los Angeles on March 27th. This ship is helping treat patients who are in shore-based hospitals that do not have COVID-19. While the military is assisting civilians and hospitals, especially in those significant impacted areas of the country, they are taking aggressive precautions to protect themselves against the threat of infection.

Admiral Michael Gilday, Chief of Naval Operations, stated that the Navy canceled port visits for nearly 100 ships at sea. The only stops will be for maintenance and to resupply. Gilday, said in a statement. “We are taking this threat very seriously and are working quickly to identify and isolate positive cases while preventing further spread of the virus aboard the ship.”

The Navy has also put a 14-day restriction period in place for recruits. The Marine Corps is performing medical screening for new recruits upon arrival to boot camp and has stopped the public from attending boot camp graduations to prevent the spread of the virus.

The Pentagon is also taking precautions as they have already canceled or reduced major training exercises. They have also quarantined thousands of service members and closed recruiting centers. They also placed restrictions on foreign and domestic travel.

During this difficult time our Council will continue to serve our local Navy, Marine Corps, Coast Guard, and Merchant Marine forces when requested.