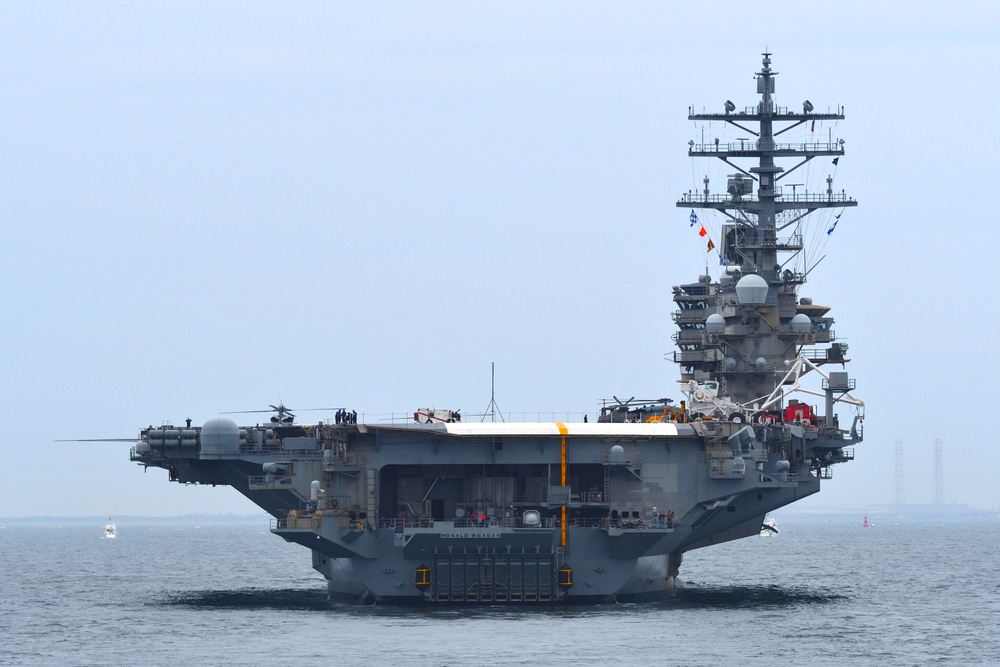 2022 marks the 26th iteration of the Malabar series of naval exercises. This activity began in 1992 between India and the United States. It has evolved in scope and partnerships, now including the participation of Japan and Australia. This is the third time the four nations have participated together in the effort to advance the collaborative planning and integration of warfare tactics between each other.

This year’s at-sea exercise incorporated a variety of high-end tactical training events, including:

“This exercise represents an outstanding opportunity for our like-minded maritime forces to work together, demonstrating our shared commitment to the region and collaborative approach toward security and stability,” explained Rear Adm. Michael Donnelly, Commander Task Force 70 (CTF-70)/Carrier Strike Group Five (CSG 5). “Now, it is more important than ever for the forward-deployed Carrier Strike Group to work closely with other maritime forces and deter all who challenge a free and open Indo-Pacific.”

Many U.S. Naval forces participated in Malabar 2022, such as the embarked staff of:

U.S., Japanese, Australian, and Indian maritime forces rarely operate in conjunction in the Indo-Pacific, fostering a cooperative approach towards the paramount goal of regional security and stability.

Japan is the leader of this year’s exercise. The planning and leading of the Malabar drill rotate every year among anticipating nations. The hosting taking place in different nations helps prepare participants to exercise across the entire Western Pacific and Indian Ocean.

“Through this high-end tactical exercise, we were able to improve our tactical capabilities and strengthen cooperation with the U.S., India, and Australian navies, thereby contributing to the creation of a desirable security environment for Japan,” explained Japan Maritime Self-Defense Force (JMSDF) Rear Adm. IKEUCHI Izuru, commander of Escort Flotilla 3, who was in charge of the unit commander on the Japanese side. “I also believe that this exercise embodied the firm and united will of the four countries toward the realization of a “Free and Open Indo-Pacific.”

The U.S. is proud to participate in exercises that help maritime nations build partnerships that foster maritime security, promote stability, and prevent conflict.