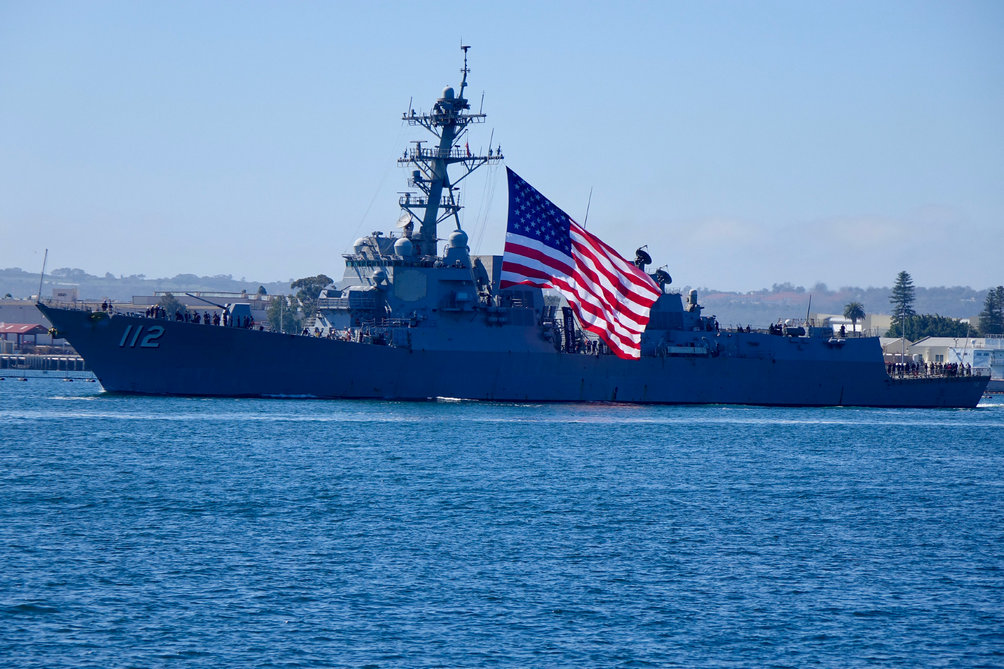 USS Michael Murphy strutted into San Diego Bay in style, flying the biggest American Flag we have ever seen on a U.S. Navy surface combatant

American warships are continuing the trend of flying colossal flags upon their arrival. Whether it’s a glory flag, or a flag unique to the ship’s lore and culture, they have a significant meaning. This past week, San Diegans were astounded by the arrival of the Arleigh Burke class destroyer USS Michael Murphy (DDG-112), flying a huge American flag. It was a stirring sight for all who presented its arrival. Multiple ships were sailing in formation, all flying the American flag (which also is the U.S. Navy’s National Ensign). The grand entrance of the destroyer took place in San Diego Bay on February 24th of 2021.

Right before 1:00 pm (pacific time), the DDG-112 boldly paraded its way to the naval base with an enormous American flag billowing in the wind. The view brought huge smiles to all those who saw it in person. The destroyer passed really close to an oncoming Independence class Littoral Combat Ship during its high-profile transit.

The ship’s namesake is meaningful to all aboard it. Navy SEAL Michael Murphy was awarded the medal of Honor for his heroism during the doomed Operation Red Wings in Afghanistan. His heroism became famous by the book and film Lone Survivor. He was the first person from the Navy to be awarded the military’s highest honor since the Vietnam war. 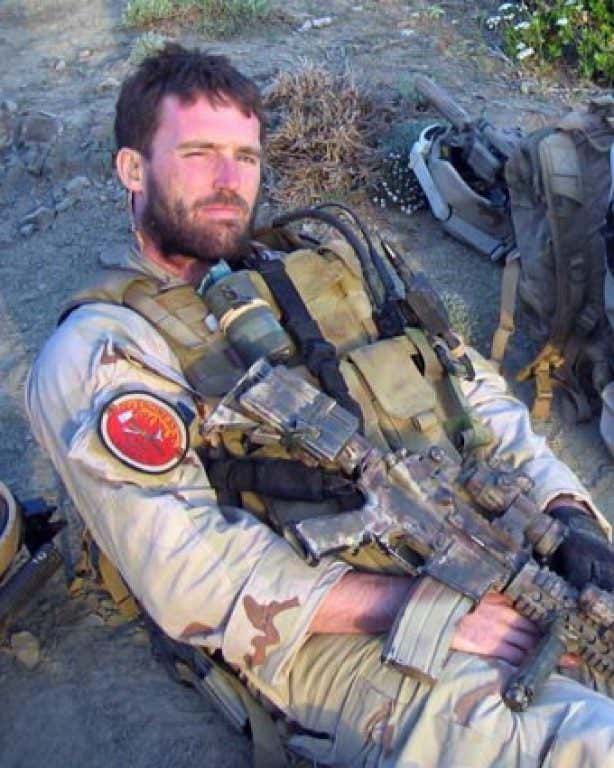 “Despite the intensity of the firefight and suffering grave gunshot wounds himself, Murphy is credited with risking his own life to save the lives of his teammates. Murphy, intent on making contact with headquarters, but realizing this would be impossible in the extreme terrain where they were fighting, unhesitatingly and with complete disregard for his own life, moved into the open, where he could gain a better position to transmit a call to get help for his men.”

“Moving away from the protective mountain rocks, he knowingly exposed himself to increased enemy gunfire. This deliberate and heroic act deprived him of cover and made him a target for the enemy. While continuing to be fired upon, Murphy made contact with the SOF Quick Reaction Force at Bagram Air Base and requested assistance. He calmly provided his unit’s location and the size of the enemy force while requesting immediate support for his team. At one point, he was shot in the back, causing him to drop the transmitter. Murphy picked it back up, completed the call, and continued firing at the enemy who was closing in. Severely wounded, Lt. Murphy returned to his cover position with his men and continued the battle.”

The sailors aboard the USS Michael Murphy (DDG-112) all have someone to look up to. Those aboard adopted the motto: “Lead the fight!” The crew is proud of their vessel and team, and aren’t afraid to show it, hence the immense ensigns they fly, displaying a unique flag to the USS Michael Murphy. Although the destroyer has its own flag to proudly showcase, they flew the American flag. The Pearl harbor-based ship wasn’t the first time a giant flag was flown. It was also hoisted on the 79th anniversary of the infamous Japanese attack on Pearl Harbor on December 7th of 1941, during a ceremony at the USS Arizona Memorial.

There are firm rules as to when a ship can fly various insignias. They can be more general, or specific to the ship, such as a long multi-colored streamer. While the USS Michael Murphy has his own “bone frog” flag to commemorate its namesake, it decided to make its grand entrance with the American flag, which has made both viewers and the crewmen aboard proud.

To view the grand entrance of the USS Michael Murphy (DDG-112), click on the video below: