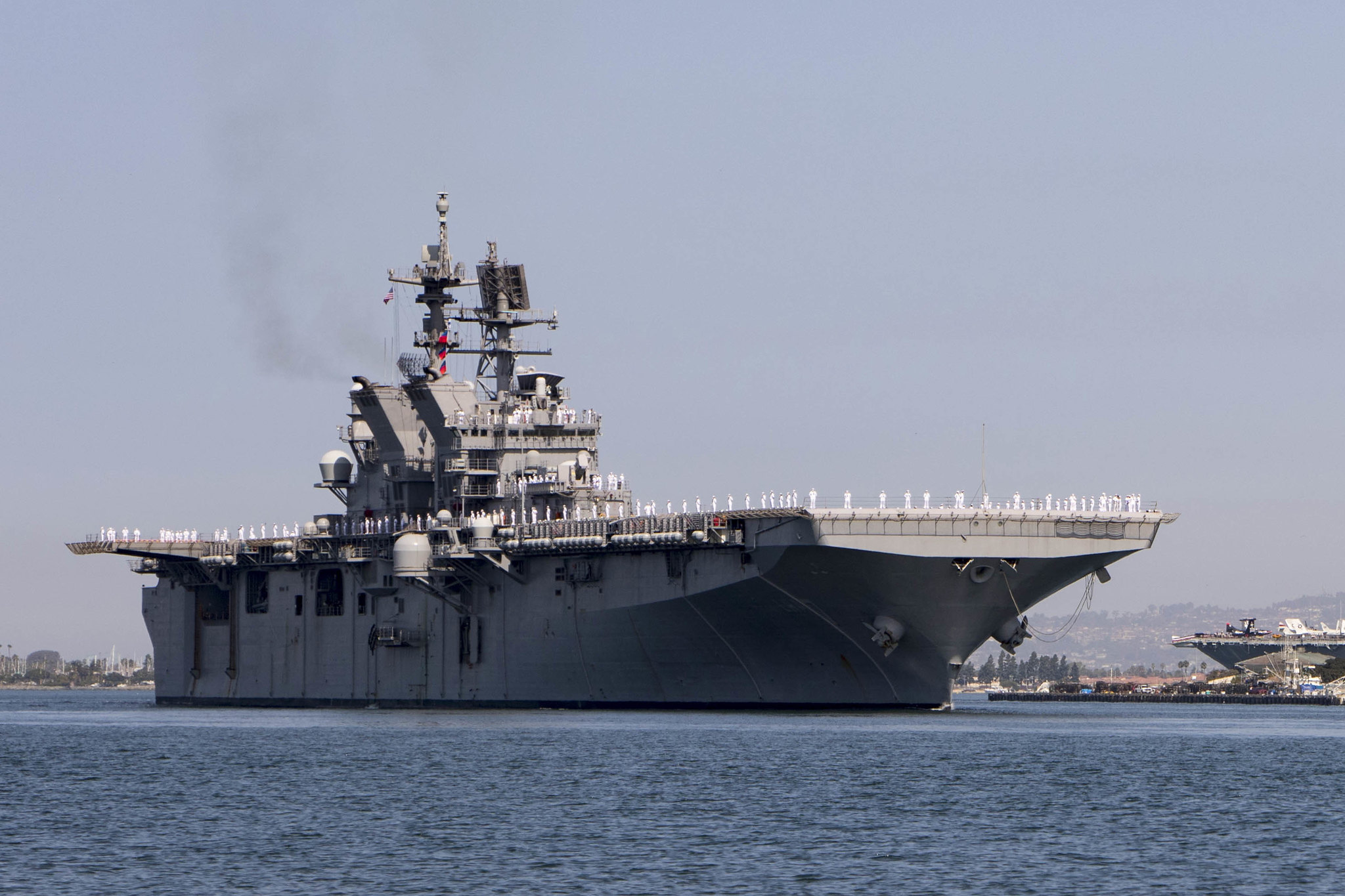 The USS Tripoli (LHA-7), the second American-class amphibious assault ship, arrived in San Diego on September 18th. The 45,000 ton, 850 foot-long ship will deploy Marines and their aircraft worldwide. The USS Tripoli was built in Pascagoula, Mississippi, on July 15th and made a trip around South America, through the Strait of Magellan, and up to California. The Navy canceled the traditional commissioning ceremony, and the ship was virtually commissioned as a COVID-19 mitigation measure.

Captain Kevin Meyers, the Tripoli’s commanding officer, stated that “our sailors did an outstanding job in getting Tripoli safely to our new homeport. Now, we shift our focus on preparing this ship for her future mission: supporting combat operations and providing humanitarian assistance around the globe, in the air, on land, and sea.”

The USS Tripoli will help with Marine Corps Commandant Gen. David Berger’s plan for a leaner and meaner Marine Corps. Additionally, the ship will accommodate both the Marine Corps’ F-35B Lightning II and the MV-22 Osprey.

The ship brings 1,100 sailors and their families to the San Diego area. It includes an enlarged hangar deck along with aviation maintenance facilities. The Tripoli, the only American-class amphibious assault ship in San Diego, now joins other Wasp-class, large-deck amphibious assault vessels, including the USS Boxer (LHD-4), USS Makin Island (LHD-8), and the USS Essex (LHD-2).

“This crew has not ceased to amaze me in how they have risen to every challenge from ship’s delivery, to crew move aboard, to operating under new health guidelines, to sail around,” said Master Chief Alicia Harrison, Tripoli’s acting Command Master Chief.

The ship will likely appear at Naval Weapons Station Seal Beach after the station’s renovation is complete. The weapon station in Seal Beach is currently undergoing a $150 million renovation project. The ammunition pier where U.S. Navy ships load and unload ammunition is being relocated. Once the project is complete, the USS Tripoli will be able to fit into the harbor.

The USS Tripoli is named after the first land battle the United States fought overseas, the Battle of Derne. Marines captured the city of Derna, Libya, in 1805 to end the First Barbary War.