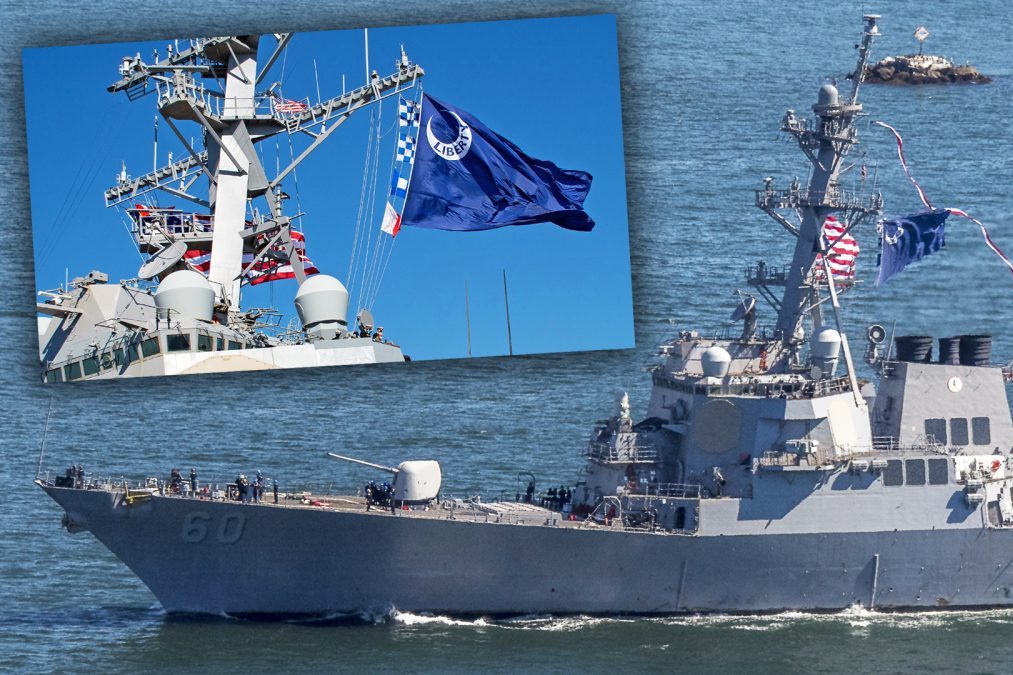 The Destroyer USS Paul Hamilton came home with a crescent moon flag and a long pendant on October 13th or 2020. After nine months at sea around the middle east, why did it return with that flag?

The destroyer Paul Hamilton, also known as DDG-60 by its hull number, returned to the San Diego Naval Base this month. The ship left in January and spent about nine months at sea. It was primarily around the Middle East and Western Pacific during the voyage. It traveled around 54,422 nautical miles in total.

At first, the ship left the port as part of the Theodore Roosevelt Carrier Strike Group (CSG). It was tasked with conducting operations in the Western Pacific. However, the destroyer was detached from that group after the crew became stricken with an outbreak of COVID-19. It forced them to an extended stay in port in Guam.

Paul Hamilton conducted a few other operations while in the contested South China Sea and then the Middle East.

“I could not be more proud of this crew and the great work they did in support of American interests in two strategic regions,” stated Navy Commander Mark Lawrence, the Paul Hamilton’s commanding officer. The crew “adapted to the challenges of operating in a COVID environment and performed brilliantly, demonstrating remarkable self-sufficiency and the will to fight that our nation expects from its Navy.”

270 days passed by the time the ship returned to San Diego. Navy ships are authorized to hoist the long-flowing pennant after spending that much time deployed. This was originally a tradition from the British Royal Navy. After returning from long voyages, British crews would fly long streamers to celebrate their “paying off”, or the wages they would receive upon arrival.

This practice was continued among American Ships unofficially through World War II. This wasn’t the first time Paul Hamilton raised the streamer. They have raised it back in 2003 and 2013!

Paul Hamilton did not just enter with the long flowering pennant, but also with a large blue flag with a crescent symbol containing the words “LIBERTY”. This flag is known as the Moultrie Flag. The crescent symbol actually represents a gorget, a piece collar armor that was worn symbolically by Continental Army officers. 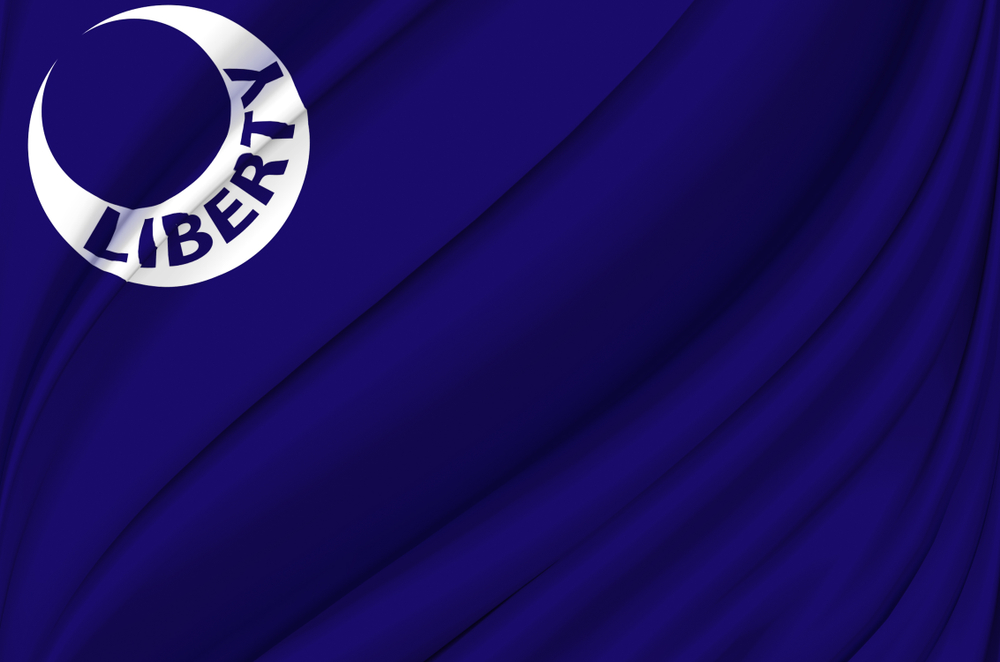 Colonel William Moultrie, the head of the second South Carolina Regiment, had the banner made back in 1775. The flag was flown during the battle of Sullivan’s Island in 1776. There, the revolutionary forces held their ground against the Royal Navy’s attempt to dislodge them. This action saved the state’s nearby capital, Charleston, from being captured by British Forces.

From there, Moultrie led the continental troops into other successful engagements with the British. Three destroyers have been named after him. “The Navy values its heritage and traditions, and this is ever-reflected in our ship and crew,” Navy Lieutenant J.G. Tyler Kesthely, a surface warfare officer serving on the Paul Hamilton, said in an interview. “Paul Hamilton and previous ships with the same namesake help shape our identity. Our battle flag, the Moultrie Flag, dates back to the very beginning of the Revolutionary War. It’s a fierce tradition that Paul Hamilton sailors still identify with.”

After nine months away, the sailors of Paul Hamilton deserve the history rich flag and banners they flew upon their return. For more Navy League news, click here.