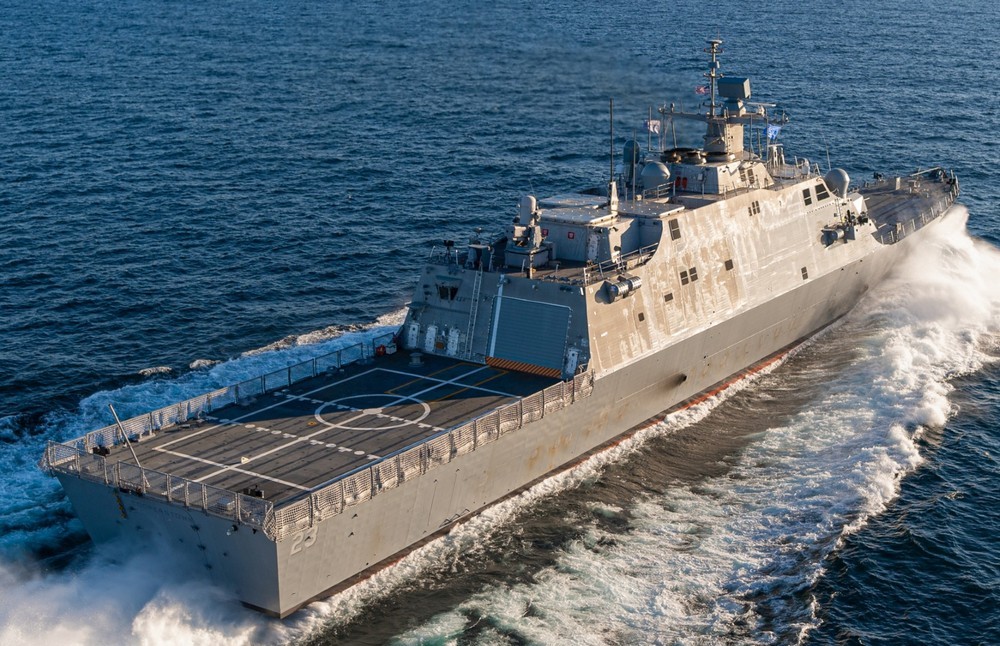 On September 20th, the Navy accepted the delivery of USS Cooperstown (LCS 23) at the Fincantieri Marinette Marine shipyard in Marinette, Wisconsin. This ship was the 12th freedom-variant Littoral Combat Ship that was designed and delivered by the Lockheed Martin-led industry team. Following the delivery, the USS Cooperstown will be sailing for a commissioning ceremony in New York City before being transited to its homeport in Mayport, Florida.

“Today marks a significant shipbuilding milestone in the life of the future USS Cooperstown, ‘America’s Away Team,’ an exceptional ship and the latest inductee into the Navy’s arsenal conducting operations around the globe.” voiced Captain. Andy Gold, PMS 501 Littoral Combat Ships program manager.

USS Cooperstown (LCS 23) is the second Freedom-variant ship equipped with the combining gear correction that will allow unrestricted operations. This correction addressed a class-wide flaw that was pinpointed as the fleet deployed these ships in greater numbers.

Honoring the Village of Cooperstown

The future USS Cooperstown will be the very first naval ship to honor the village of Cooperstown, located in Otsego County, New York. This village is located at the southern end of the famous Otsego Lake in the central region of the state. Cooperstown is home to the National Baseball Hall of Fame and Museum, which is where the ship’s motto comes from, “America’s Away team.”

A handful of other Freedom-variant ships are under construction at the Fincantieri Marinette Marine shipyard in Marinette, Wisconsin. The future USS Marinette (LCS 25) is programmed for delivery in early 2023. Other ships in various stages of construction include future ships:

LCS 31 will be the final Freedom-variant LCS.

The LCS class is currently the second-largest surface ship class in production. The future USS Cooperstown is the 4th LCS delivered in fiscal year 2022, following the deliveries of:

The LCS is a quick, agile, mission-focused platform designed to operate in open ocean and near-shore environments. It’s capable of winning against 21st-century coastal threats such as swarming small craft and mines. These types of ships are capable of supporting forward presence, sea control, sea deterrence, and maritime security.