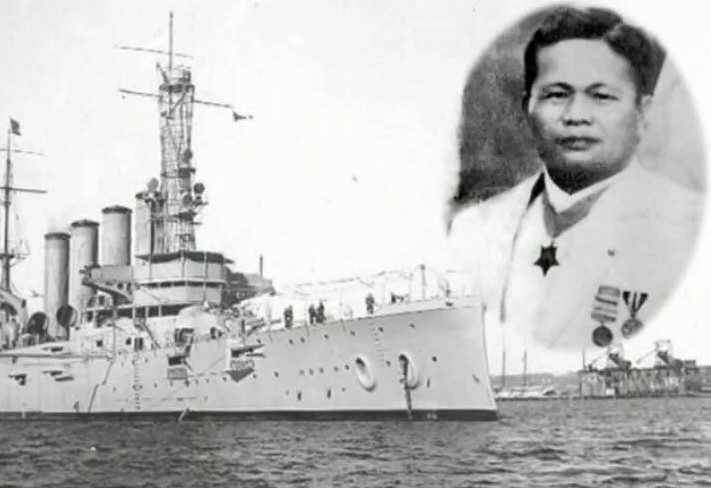 The U.S. Navy is proud to honor a USS San Diego Sailor’s bravery back from back in 1915 by naming a guided-missile destroyer after him. Fireman 2nd Class Telesforo De La Cruz Trinidad was the very first Filipino American to receive the Medal of Honor. His heroism was magnificent and the Navy is proud to give him recognition for his actions.

Trinidad plunged into action by opening a closed space and rescuing his fellow Fireman 2nd class R. W. Daly as he carried him to safety during an attack. An explosion took place in the process, burning Trinidad’s face. Regardless, he carried on and took Daly to safety. After dropping him off, he returned back to the ship to rescue another wounded shipmate, despite his own injuries.

Trinidad received his history-making medal of home when he was still alive, and now a future Arleigh Burke-class guided-missile destroyer will be named after him.

“Having a ship named after such a significant figure highlights our diverse culture and that our people will always be our strategic advantage against any adversary. I hope the naming of this ship is a beacon for not only Asian Americans and Pacific Islanders but for all our Sailors, Marines, and civilians who serve across the Department of the Navy.”

As described by military officials, Arleigh Burke destroyers serve as the backbone of the US’s Navy surface fleet. These vessels conduct various operations and have “multi-threat” combat abilities against:

Rep. Sara Jacobs, who represents a large segment of Congress in Central San Diego, led a push from legislators to name a ship for Telesforo De La Cruz Trinidad.

“This has been so important to folks in San Diego, especially in our Filipino community,” Sara Jacobs explained in an emailed statement. “The USS Telesforo Trinidad will honor Fireman Trinidad’s selflessness, bravery, and service, and will also, at last, uplift the proud history of Filipino and Asian American military service.”

According to Navy Historians, the USS San Diego that Trinidad served was later sunk in 1918. The wreck took place off the coast of New York, and has drawn salvagers and scuba divers alike to this site. Now, the amphibious transport dock ship bears the name San Diego.