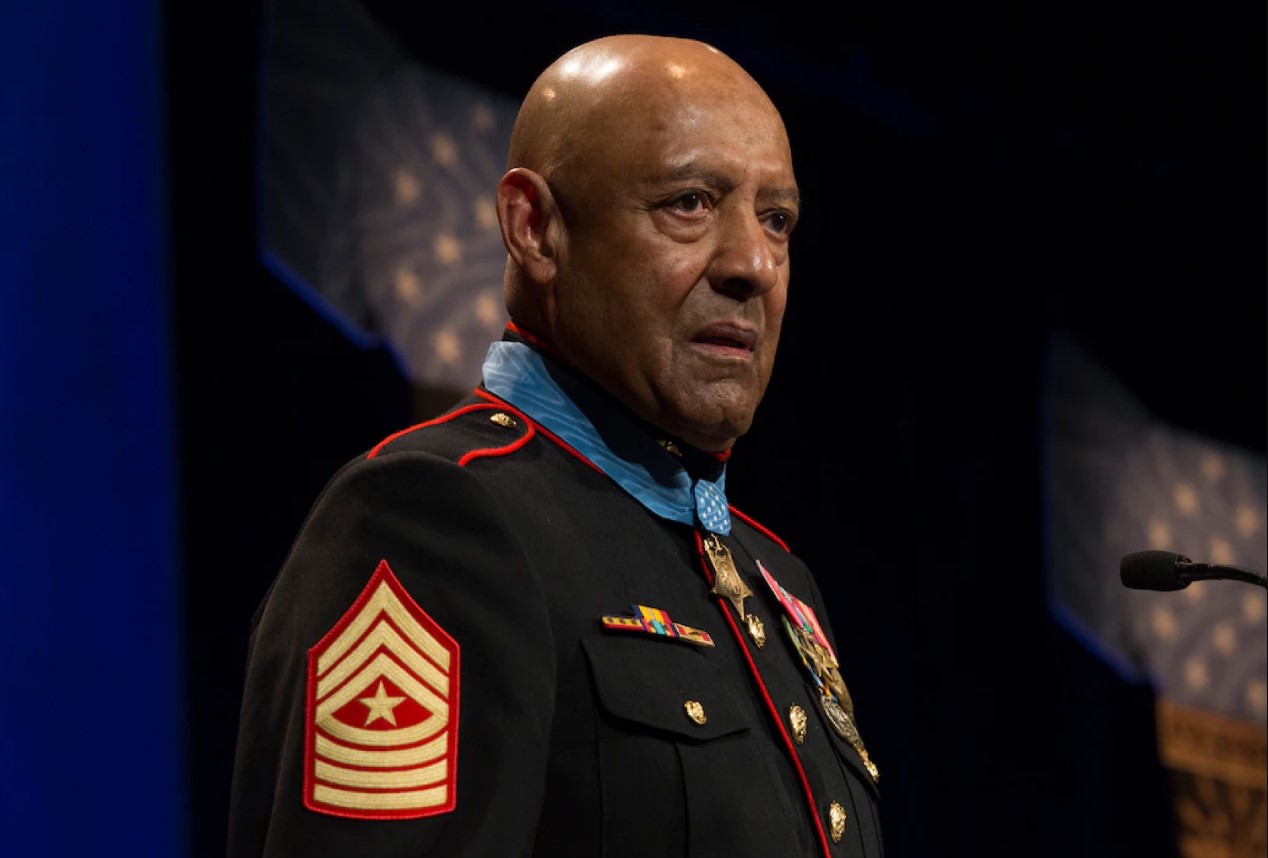 Sgt. Maj. Canley’s conspicuous gallantry was not lost. In 1970 he was awarded the Navy Cross, which was later upgraded to the Medal of Honor, the nation’s highest and most prestigious military award. Sgt. Maj. Canley received the Medal of Honor on October 17, 2018, becoming the first living Black Marine to receive it. Sgt. Maj. Canley’s other military decorations include the Bronze Star, Purple Heart, the Navy and Marine Corps Commendation Medal, and the Combat Action Ribbon. 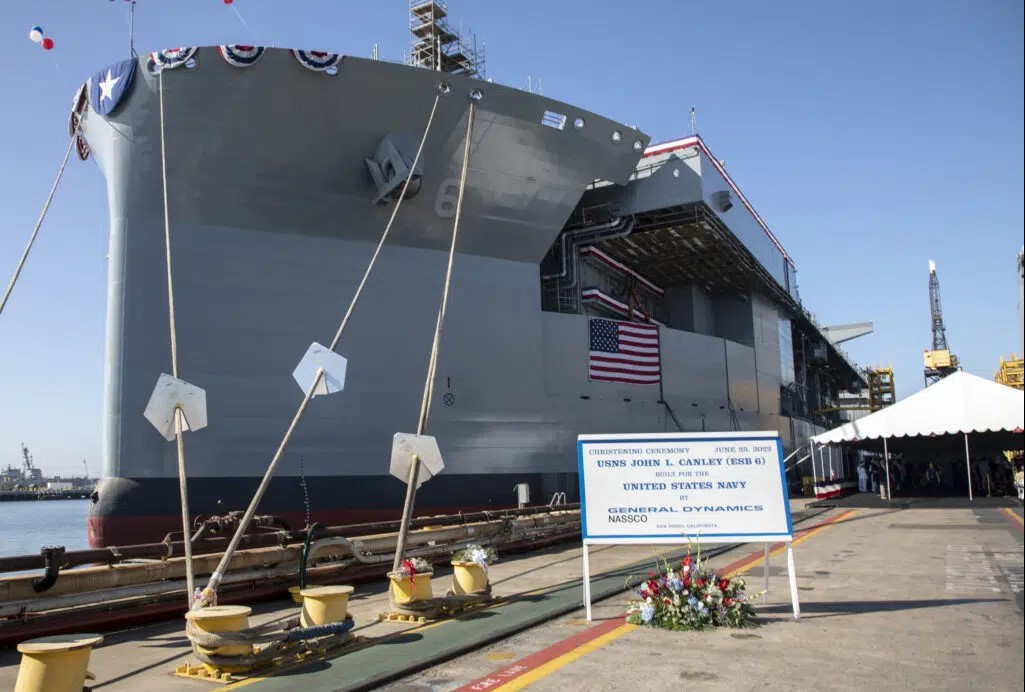 “If we operate this great ship with a fraction of the skill, tenacity, and courage displayed by John Canley, our naval service will be well-positioned to meet the challenges that lie ahead!” – Thomas Kiss, Director for Ship Management, Military Sealift Command.

Shortly after, Sgt. Maj. Canley’s passing, his heroism was once again recognized when the Navy designated a vessel in Sgt. Maj. Canley’s name. The USNS John L. Canley (ESB 6) was christened on May 22, 2022, at the General Dynamics-NASSCO shipyard in San Diego. The christening was attended by his daughter, Patricia Sargent.  The USNS John L. Canley is attached to the Expeditionary Sea Base (ESB). ESBs are used for various military operations, serving as mobile sea bases. The vessels are a vital component of the U.S. Naval and Marine effort to maintain a secured global position under the Distributed Maritime Operations (DMO).