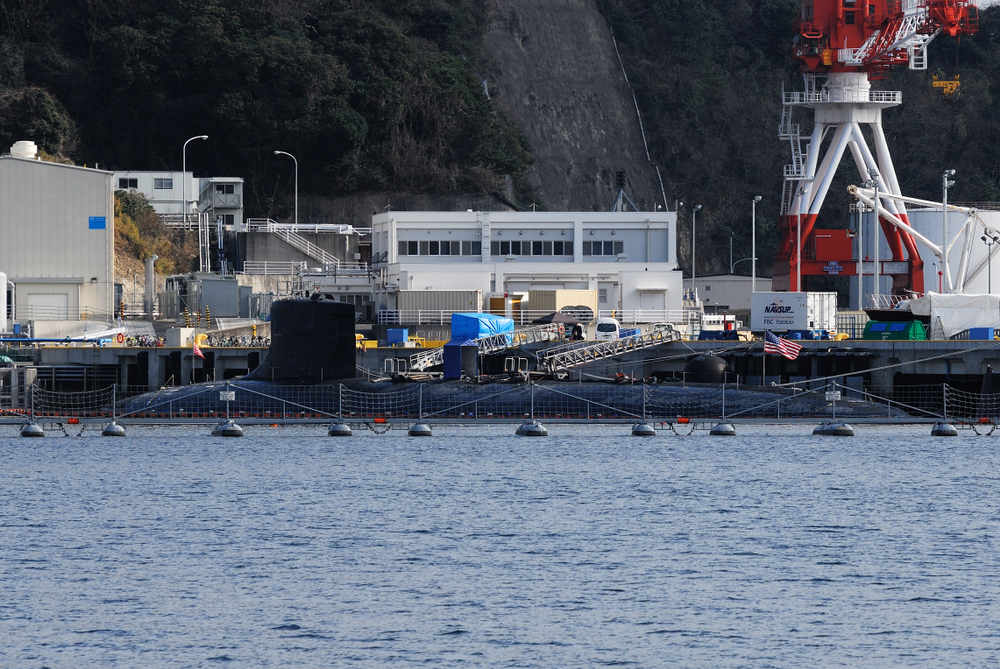 The Seawolf-class submarine’s sonar bow arrived heavily damaged. It appeared sheared off, which prevented the submarine from diving and sailing underwater. The Naval News reported that the USS Connecticut was inspected for preliminary repairs in Guam.

At the time, the U.S. Navy Public Affairs of the 7th Fleet and Submarine Forces, U.S. Pacific Fleet did not comment on where SSN 22 would transit to, citing it was due to security reasons for submarine operations. However, they did mention that the USS Connecticut would need additional repairs in the United States since Guam lacked the manufacturing industry and facilities to repair such extensive bow damage.

According to France-Metallurgie, the three Seawolf submarines utilize HY-100 steel on hulls that are two inches thick. That is 20% stronger than HY-80 steel on the Los Angeles-class attack submarines. What is unknown is if and how the U.S. Navy will repair the USS Connecticut as a new sonar dome would be a custom repair job. If the U.S. Navy deems the submarine worthy and figures out a cost-effective repair, it’ll be done.

Basing off of weather forecasts and weather satellite images from the National Oceanic and Atmospheric Administration (NOAA), Naval News speculated that the damaged USS Connecticut (SSN 22) probably sailed to San Diego to avoid the “Atmospheric River” of heavy rain and gusty winds that took place in the Pacific Ocean that hit Northern California on Sunday, December 12, 2021.

Ill weather conditions of wind and rain with high Surf Advisory were expected in the San Francisco Bay Area from Sunday – Wednesday whereas showers and chances of rain and snow were expected in Seattle, Washington, further north. However, since San Diego has relatively calm weather with clear skies, the USS Connecticut decided to pull into port.

Aerial views of the San Diego Naval Base show ship repair drydocks and a Berthing Barge; however, it still remains unclear when and where the repairs of the USS Connecticut will take place. There are also chances that the USS Connecticut can be transported back to its homeport in Bremerton, Washington. It would most likely be done via a heavy-lift open deck submersible ship in order to prevent the damaged submarine from making the journey back on its own. Ultimately, Naval Sea Systems Command (NAVSEA), along with Submarine Force, U.S. Pacific Fleet have the final say on determining the USS Connecticut’s final destination and its fate regarding its future repairs.