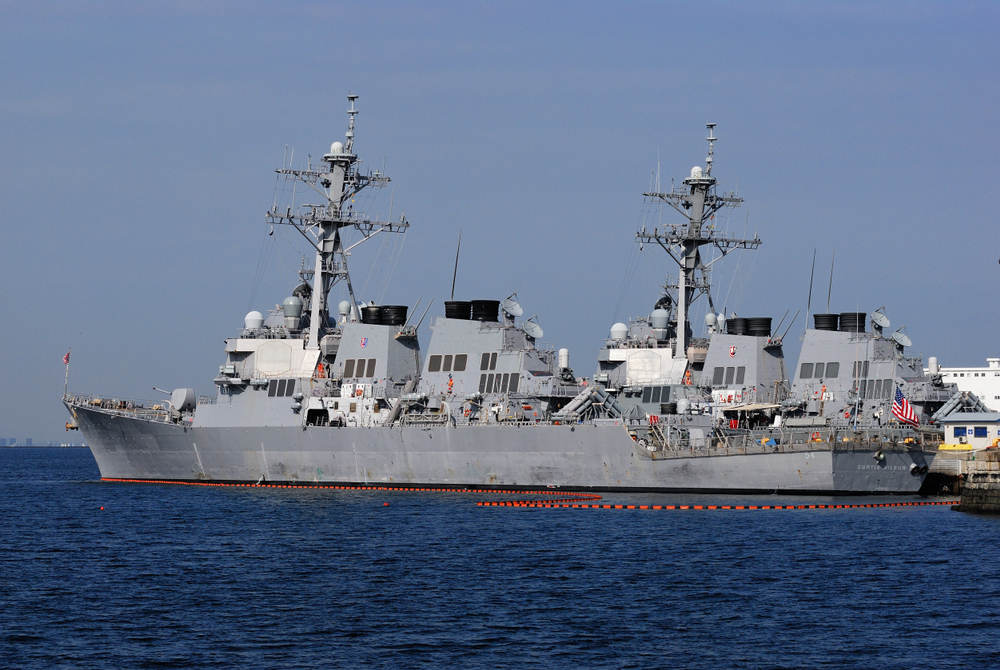 On September 16, after 25 years as a forward-deployed ship in Yokosuka, Japan, the Arleigh Burke-class guided-missile destroyer USS Curtis Wilbur (DDG 54) arrived at its new homeport Naval Base San Diego! Commander, Naval Surface Force, U.S. Pacific Fleet (CNSP), directed Curtis Wilbur to return to San Diego for a scheduled maintenance session. After getting its routine repairs and upgrades, the ship will join the U.S. 3rd fleet, which leads naval forces to the Indo-Pacific for realistic training that is vital for an effective global Navy.

After 25 + years of service in the forward deployed naval forces in Japan, the crew of Curtis Wilbur and their families are excited to finally arrive at the new homeport, San Diego. “We bring with us our ‘Steel Hammer’ professionalism and proud history of service and look forward to preparing for, and executing, operations in support of 3rd Fleet and [the Indo-Pacific.]” says Cmdr. Anthony Massey, the commanding officer of USS Curtis Wilbur.

Within the months leading up to the changed homeport of the ship, Curtis Wilbur got deployed to the south China Sea and conducted anti-submarine warfare tasking. Bilateral exercises with the Royal Australian Navy were conducted, and freedom of navigation operations, including two transits of the Taiwan Strait.

In 1994, Curtis Wilbur was commissioned and joined the U.S. Fleet in Yokosuka, Japan, in September 1995. This makes it the longest forward-deployed naval asset in recent history! A 27 year-long deployment! Curtis Wilbur is known for forging and strengthening relationships with like-minded naval forces as well as demonstrating a high level of lethality in warfare exercises.

Curtis Wilbur will be a unique asset for the U.S. 3rd Fleet with its advanced Aegis Ballistic Missile Defense (BMD) suite as the mainstay of its capabilities. While the ship’s main mission is to provide defense against hostile ballistic missiles, the ship is also advanced in various warfare missions, including:

Curtis Wilbur’s capabilities are multiplied with the rigorous training and readiness of the crew, many of which are veterans of the fast-paced tempo found on the U.S. 7th Fleet.

The Commander Naval Surface Force of the U.S. Pacific Fleet (CNSP) is the most distinguished, combat-capable surface force on the planet. Its mission is to create and deploy combat-ready ships with battle-minded crews capable of executing missions to defend the nation’s interest both at home and abroad. USS Curtis Wilbur is a perfect representation of these ideals. She made history by becoming one of the longest forward deployed ships and will surely bring great assets to the new homeport San Diego. Don’t miss out on any Navy scoops moving forward! For more Navy League news and updates, click here.